Jeff Flake: Kind to Puppies and Other Good Reasons To Elect Him Senator

My brother Jeff Flake is running for the U.S. Senate.
The campaign has been long and the fight,
both in the primary and the general has been fierce.

In July, in the midst of the primary, we had our big Flake family reunion and Pioneer Days Celebration in Snowflake.

We were joined by this guy, a freelance writer named
Mike Sager, who attended everything from the family rodeo, to a cookout in my parent's back yard.
He visited amiably with all ten of my brothers and sisters and a host of children and grandchildren.  Instead of feeling spied upon, we enjoyed telling him stories that we have all told each other a million times.  Mike was gathering information for an article on Jeff that he was writing for Esquire Magazine 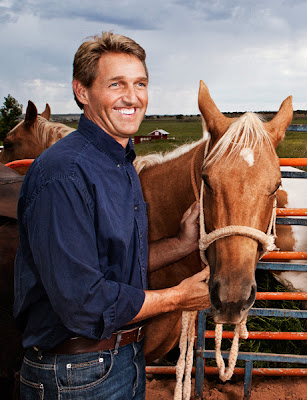 Later, photographer Gijs van der Most came to Snowflake
and took dozens of photos, showing the place where we grew up. 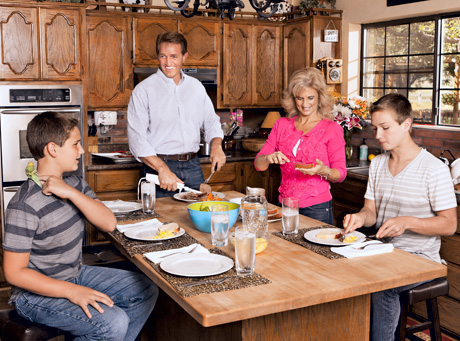 (Dallin doesn't normally eat dinner with a parakeet on his shoulder, the photographer just liked it.)


I was a little awestruck hanging around a writer that really makes a living that way.  Mike does everything from celebrity interviews to political profiles to writing fiction.  I was a little worried about how the article on Jeff would turn out.

I loved it and think you will too.
You can find it here.

He's got my vote!

How can I vote for a man that hates puppies and vets?

Oh, I already did. My good. Come on AZ, get behind Flake!

I enjoyed reading that article, Laraine! I just wish that I could VOTE for him!!

Okay. Well, sit down, hon. Take a breath. I know this might bother you a lot, but someone has to say it. Are you ready for some news no sister wants to see in actual printed words? Here it is: Your brother is hot! What a handsome man . . . AND, be still my little 'ol conservative heart, a Republican. *sigh* He can't have my vote because I live in Georgia. But he's sure got my attention. :D

You must be so proud of your brother - and justifiably so! It's so hard to see a sibling in a political race - they are so vulnerable.

What a great article! He'd have my vote for sure, if only I could sneak into Arizona and cast it. Seems easy enough...lots of other people do it, right?

I feel as if MY brother is running for office. (And you know I don't even have a brother.)I get so defensive about him. I hate the ugly ads and all the lies.

A friend from Utah posted on Facebook that AZ should vote Flake? How do they know about such a race? Eerie!

I haven't voted yet, but rest assured I will vote for him and so will Rick. I can barely stand the wait for all election dealings to end. I've grown most weary...

This is so neat! You guys look alike. I can't wait to read the article; how fun for your whole family.

Best of luck to your bro, I hope that he wins!

Jeff Flake is your brother? Cool. I voted for him once. :)