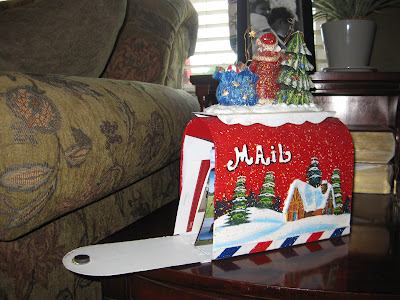 Larainy loves it when her mailbox fills up with Christmas letters.  Then she doesn't have to fake it, by stuffing in credit offers and ads for National Geographic.  In the spirit of giving, let me catch you up on the news of some of my friends and family 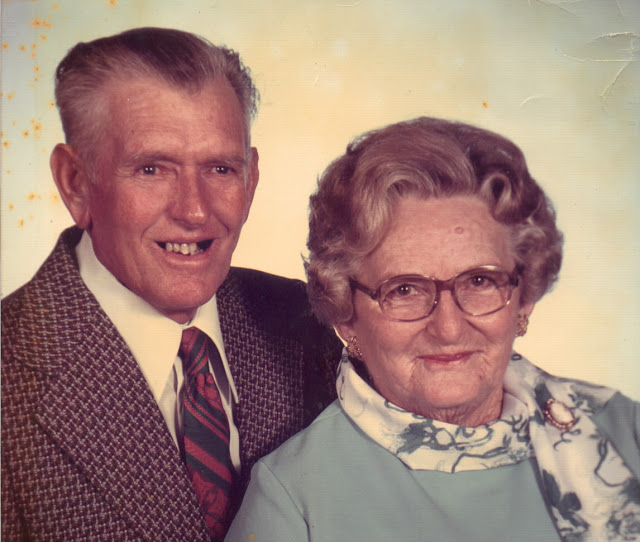 Corwin and Melvina finally gave up their tent and abandoned their
"Occupy Anaheim" protest because everyone was busy going to Disneyland
and the movement never really took off . 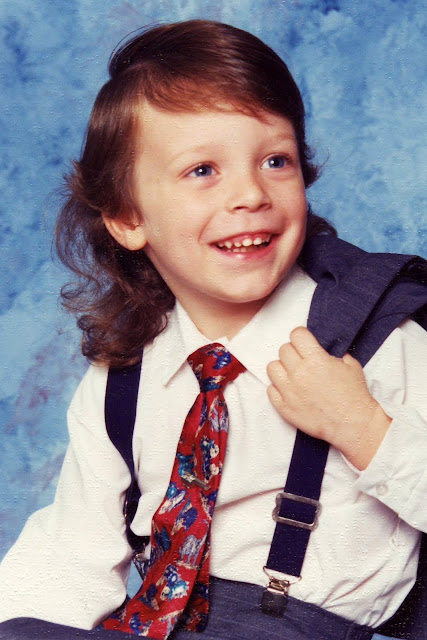 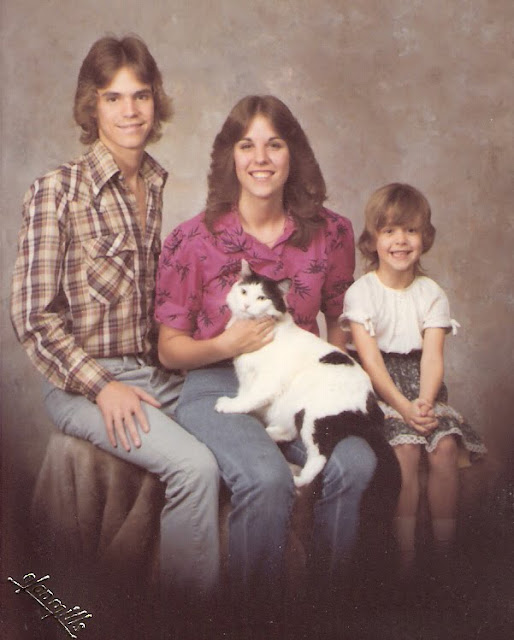 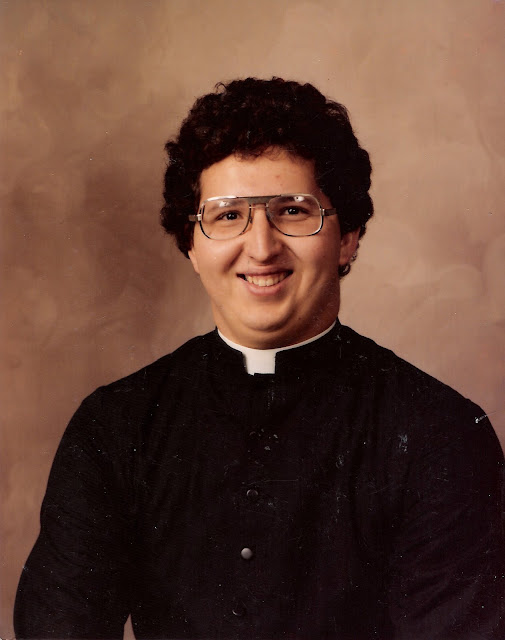 A profound affinity for Nehru jackets led Norville to the clerical life. 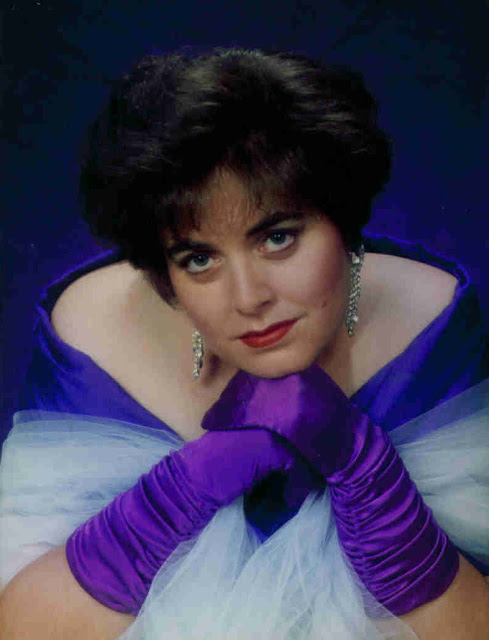 Co-workers at the DMV have no idea that Lucinda
spends her weekends working the pageant circuit.
Saturday she was first runner-up in Pennzoil's
"Miss Monkey Wrench" extravaganza in Abilene Texas 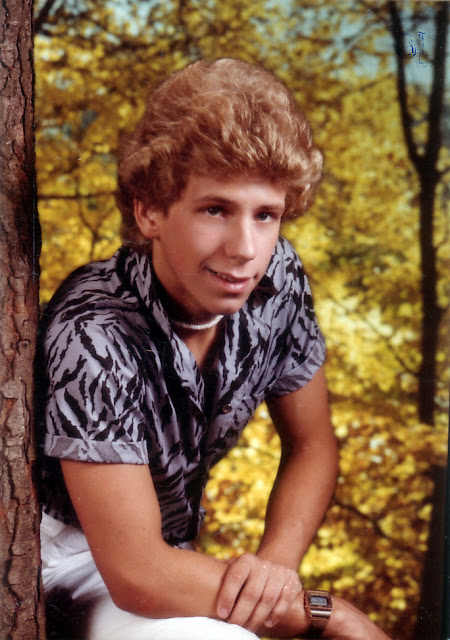 When Lawrence realized he wasn't getting any younger,
he rolled up his sleeves and got to work on his image.
Last year he had 52 pictures in the yearbook and this year he's going for 60. 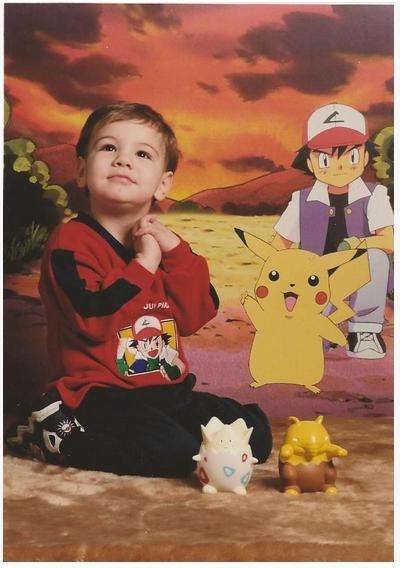 When Eldus wrote Santa and asked for a brother,
he was informed by registered mail that they were out of stock
and he was getting a Pokemon character instead. 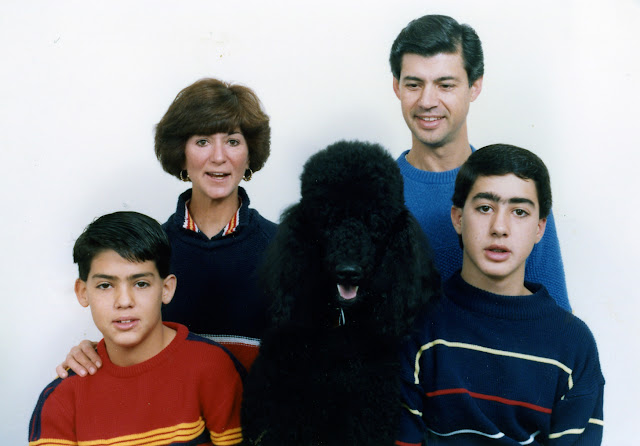 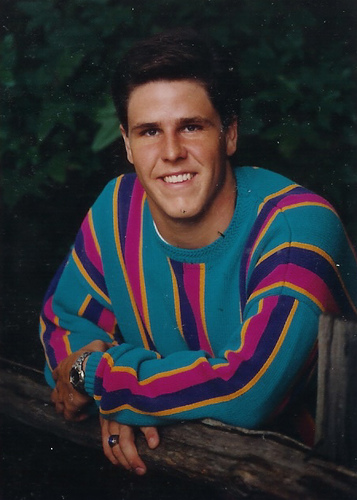 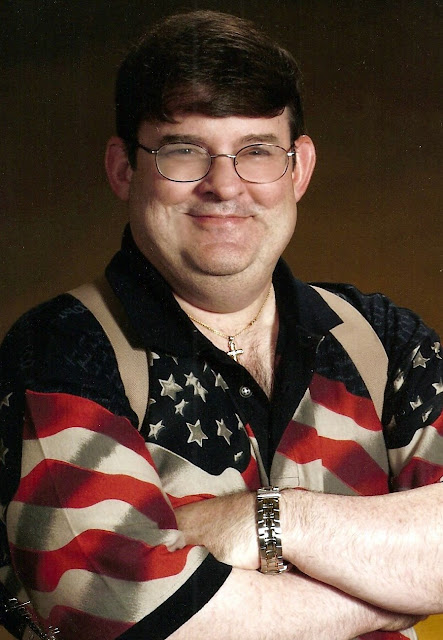 
What's in your Christmas mailbox?
Posted by Unknown at 8:00 AM 17 comments:

Have Yourself a Green Little Christmas 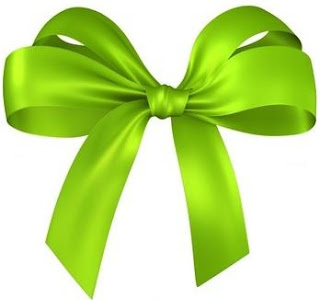 Dear readers, I know all about the lives you lead,  busy lives full of mystery and intrigue, possibly including extended travel to exotic locales while wearing a poncho woven of llama hair and carrying only a worn leather satchel, a battered passport, and an adventurous spirit.  Hence, your Christmas shopping is not done and a unholidaylike panic is setting in, probably settling in the area of your neck muscles.

As you know, Larainy is somewhat of an expert when it comes to gift giving.  You can go here and here to be reminded of the brilliant suggestions of the past, but today, I offer to you the updated, 2011 green version.  These are gifts that you can feel good about, even if no one likes them,  because saving the environment is the trump card in today's society. People, we are going to save the environment even if it kills us and only the cockroaches are left to enjoy the last whiffs of green house gas in environment we saved for them. 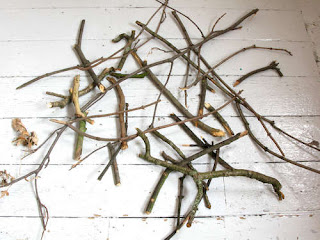 1.  Do you know that our landfills are literally clogged with mounds of old toothbrushes?  If used toothbrushes were placed end to end they would reach all the way to Neptune and back except that they would probably melt on reentry into the atmosphere.  Why not get rid of all that space junk and give the gift of a nice 12-pack of twigs as an organic tooth cleaning alternative.  A pack of twigs and a box of baking soda will have your loved one saying thank you with sweetly scented sawdust flavored breath. 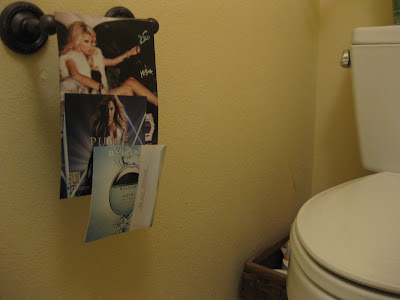 2. Remember all great-grandpa's tender stories about the outhouse and the Sear's catalog?  This year, you can recycle  those perfumed catalog inserts into handy wipe size toilet-paper alternative gifts. 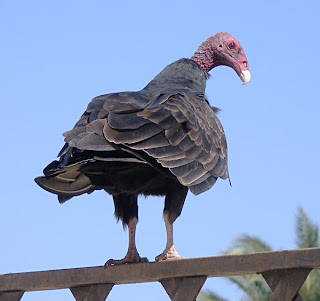 3.  Giving a pet is never a good idea, but when you give a turkey vulture, you are not giving a pet.  Oh no, you are giving a multipurpose, multifunctional tool.  The gift of a household turkey vulture will provide years of carrion clean-up for your yard and neighborhood.  Who wouldn't welcome a hovering presence, sharp eyes in the sky that will instantly gobble up expired wildlife, instead of leaving it to stink up your pretty green lawn. 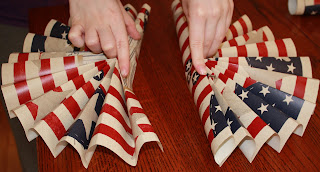 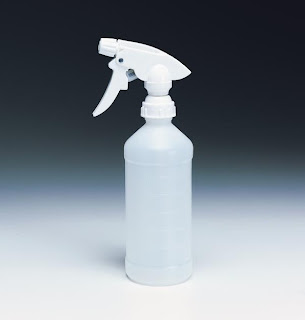 4.  Don't forget gifts that will come in handy during the long hot summer that Al Gore says will start in late February 2012 due to global warming.  Why not give your loved ones something that will enable them to unplug the old air conditioner and exercise those droopy upper arms?  The combination of a crisply folded paper fan and an occasional mist of organic water from a spray bottle will have your giftees thinking of you fondly and often while sweat drips down their bodies in a naturally cooling experience. 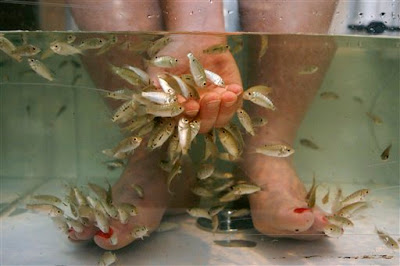 5.  Nothing says love like a tub full of teeny tiny carp to nibble away the dead skin of your significant other.  Who cares if the health department has banned fish pedicures in your area?  No one will ever forget your thoughtful concern for their podiatric health when they are relaxing their feet in a bucket full of tepid water while a hundred little carp lips are working over tired calluses.  No need to buy fish food for these little workers, they survive and thrive on your dead skin cells in a wonderfully symbolic circle of life.


Don't forget the reusable hemp wrapping paper!
Posted by Unknown at 8:30 AM 13 comments:

Bust Out the Slanket

Alright, I admit it.  I climbed back in my blanket fort and ditched the gym, but people it is 34 degrees in Mesa, Arizona!  If mother nature shaves off another couple degrees, the emergency sirens are going to start blaring and all the snowbirds from Canada are going to demand refunds from their trailer park associations because they can't wear the plaid bermuda shorts that match their Hawaiian shirts. 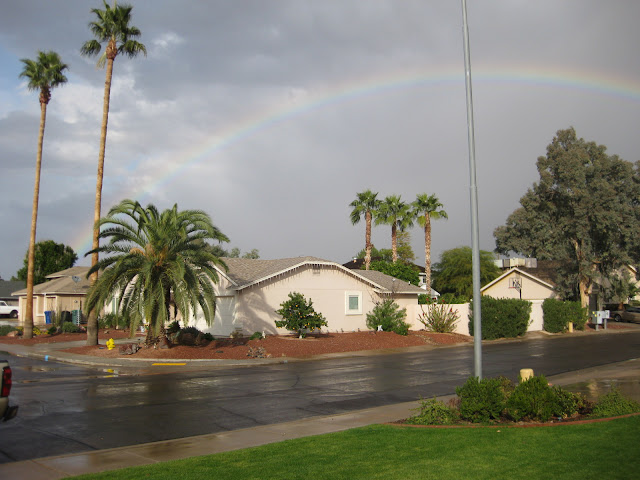 We've had several cloudy, rainy days and even got a rainbow out of the deal.  Yesterday there was even snow on some Saguaro cactus and they are complaining to their union representative, Ed Prickley.  Sunday brought a foggy morning that had us totally befuddled.  Dust storms we Arizonans know how to handle, but fog has us speaking like Madonna with fake British accents and drinking herbal tea. 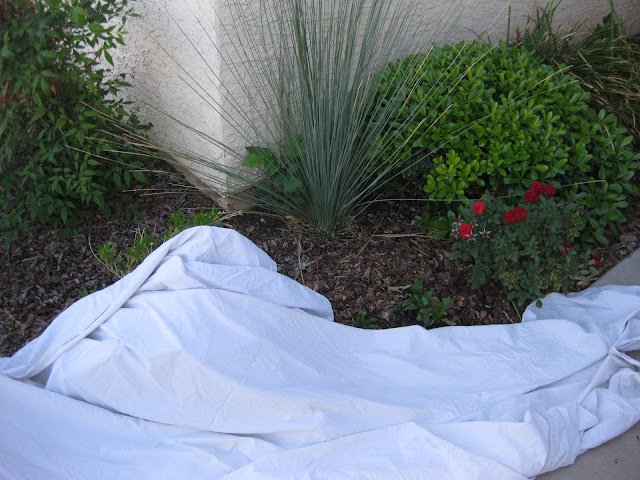 Last night I decked the halls with my decorative Christmas sheets so my flowers wouldn't die.
Seriously, I know I shouldn't complain, and yet I do, because I find if you're happy all the time, people tend to mistrust you.  I was very disillusioned when my children told me that they really hated the soothing, kind voice I used over the years to wake them up in the morning for school.  I should have blasted an air horn and called it like it is..."That Stinky Time of Day When You Have to Roll Out of Your Cocoon, Fight For Bathroom Time, Eat Your Cream of Wheat and Go to School".
Now we're down to one lone child at home and she (usually) wakes up on her own, perhaps to avoid the soothing kind motherly voice of doom.   Last Saturday was Winter Formal and she looked beautiful. 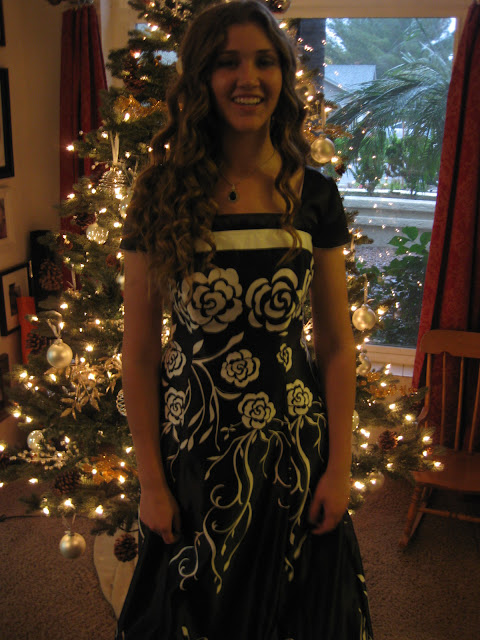 And now it's time to write the annual Christmas letter.  I wrote the first one 17 years ago as a protest against all the over achieving letters we received.  It began like this...
What a boring year it has been!  How to fill the empty hours!  What a struggle we have had trying to keep ourselves occupied.  It is so embarrassing to have to come up with any news to report.  We have simply laid around since last Christmas!
I suppose it all began with the purchase of those seven Lazy Boy recliners.  A sort of lethargic peace settled over us all as we sat, vegetating, gazing hour after blissful hour at the television.  Oh, we roused occasionally to pop a microwave dinner in, but all in all we really were functioning at our lowest metabolic rate.  Our blood pressures plummeted.  We have never felt so rested.
And every year since I have produced a scintillating work of fiction about family exploits.  The husband and kids are always rather frightened to read about what they've been doing. 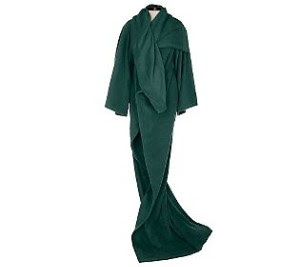 Maybe if I wrap myself in my holiday slanket I can force my frostbitten fingers to peck the keyboard.
Posted by Unknown at 8:04 AM 15 comments: 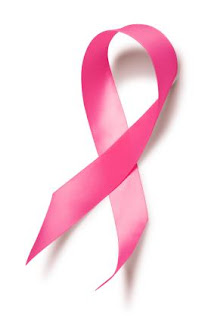 Larainy is so fond of her dear female readers, that she feels called upon to save your life by reminding you of certain preventative health procedures, that although unpleasant, will at the very least make you feel self righteous.  So, once again let me take you by the metaphorical hand and lead you through a 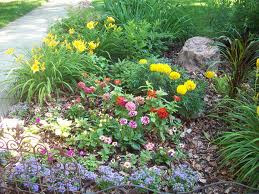 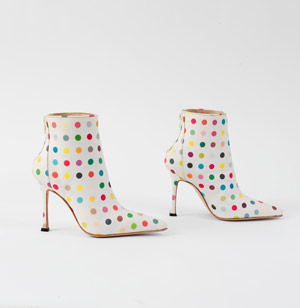 Remember the princess?  She is the one who likes to putter about among the flowers of her garden, mulching, dead heading the roses and squashing snails with a smart crack from the toe of her dainty boots.  One bright autumn day, after dispatching a goodly number of snails, she was scraping the goo off her Manolo Blahnik's when she looked up and saw the wise old man.  She knew he was wise because he was wearing a heavy gold chain about his wizened neck, and we all know that gold has proven to be a very wise investment indeed.

The wise old man squinted at the pretty princess, unable to see her clearly because of the gnarled tangle of overgrown eyebrows obscuring his vision.  "Come here my dear" he said, waggling his prodigious brows, "For I have something important to tell you."

"Oh no" said the princess.  "Not the magic powder again!  I was sitting on the throne for an eternity."

The wise old man slapped his knee and cackled with unsympathetic delight.  "No, no my child.  This is another adventure entirely.  Now listen closely and follow my instructions with care.

"First of all" the wise old man said, "You must take a wet clump of moss and scrub off all the fine French deodorant you are wearing in your armpits."

The princess looked puzzled, but nodded her acquiescence.

"Next" he continued, you must search until you find Helga.

"How will I know her?" asked the princess.

"By her large hands and forearms, and the tight bun she wears that pulls her face into a tight mask of exemplary stoicism.  Oh, and she will be wearing pink scrubs."

The princess nodded uncertainly.  She had never trusted women with tight buns.  "What will Helga do to me?"

The old man pulled at his grey beard and continued.  "That, my dear is a mystery that men like me cannot fathom.  But I do know it involves..." and here he paused and coughed delicately, "compression of the love pillows."

And so it was that the princess bravely set off to find Helga, who did indeed compress, depress, constrict and wring the poor Princess' love pillows every which way to Sunday.  But the Princess endured it with regal grace and then went and drank a milkshake. 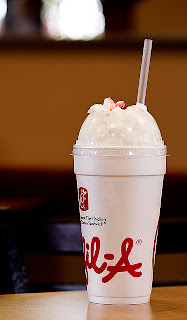