Starting the Second Term Off With a Bang

I can't believe you're up already!
Aren't you exhausted from all the inauguration festivities?  Oh, you weren't invited?
Well neither was I but that is not going to keep me from giving you
the inside scoop of gossip flavored ice cream
with fibs sprinkled liberally on top. 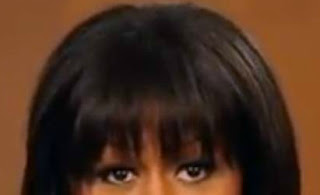 It all started out with a bang,
specifically the ones on Michelle Obama's forehead.
Her hair received so much national press
that President Obama immediately issued
this executive order as part of his gun control initiative:
Heretofore the first lady shall be said to possess
"wisps or tendrils"
instead of
"bangs"
which have an unfortunate violent connotation. 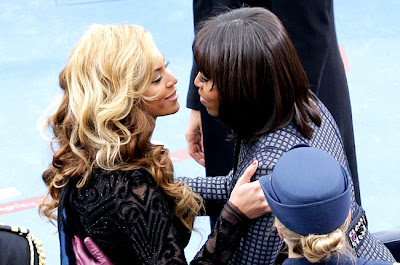 Prior to singing the National Anthem, the first lady instructs Beyonce to stay away from her man or she will find out what "the rockets red glare" looks like coming out from under her fake eyelashes 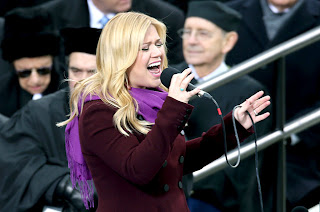 Kelly Clarkson belted "My Country Tis of Thee" while the supreme court justices, led by Antonin Scalia in a Renaissance cap made of black velvet scowled appreciatively. 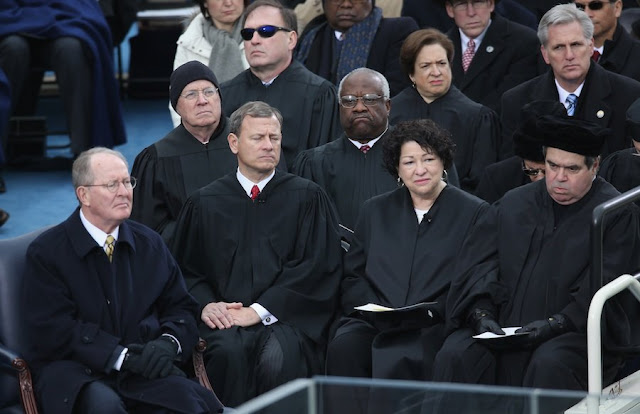 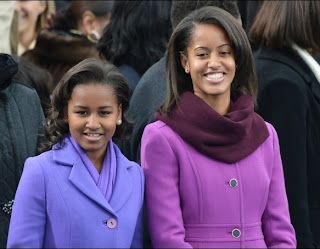 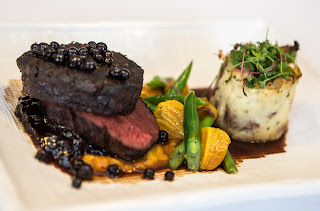 Sasha, the resourceful older sister pulled out two contraband twinkies from her specially insulated purse and the girls nibbled away during the boring toasts. 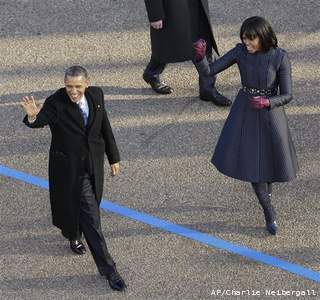 President and Mrs. Obama walked parts of the parade route while the secret service threw healthy candy made of tofu for the youngsters in the crowd 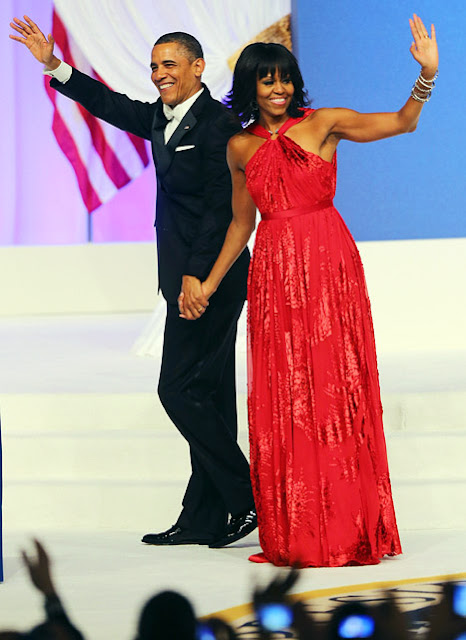 And finally the eventful day was capped off by the President and Mrs. Obama scurrying around to tango at as many inaugural balls as they could it too.  These included:
Today, it's back to work, so hold on to your wallet!

Heretofore? Wow, I'm impressed. I would have loved to have been invited to the Uncle Joe Biden Disco Sleepover. You seem so mild mannered when we're together in public places but girl, your mind is seriously bent.

So nice to get the inside scoop!

Reading this = the next best thing to being there.

Well GRRRRRRRRRRRRRR!!!!!!!!! Blogger won't let me leave a message. I'd like to leave them one. I'll try this again.

LOVE your satire!!!!! If ever a day needed satire, yesterday was it.

Didn't think they could do much more, to "get my panties in a twist." Hahhhhhhh! Now my "Beloved Fringe" is suspect. ('Bangs' are called 'Fringe' in Europe) -pout-

Hold on to your wallet is right!!! And your wee little piggie bank toos! Nothing is safe!

For sure hang onto your wallet. The national deficit went through the roof for that PARTY HEARTY get down good time.
As for Michelle...ugh! She is so ghetto with all of her eye rolling and attitude. OOPS, I guess that is racist of me to suggest. I just call it as I see it.

My wallet has been crying lately, I am sure it is in dire need of a nap. 4 years should work as a proper nap time routine. "Shhh, please do not disturb or ask for a tax increase, wallet is sleeping."

I watched DIY channel as long as I could yesterday, but there it all was until the wee hours (8 p.m) when I was ready for bed. I never knew that "bangs" could be so important to a gal. I'm ready to whack my frontal locks right off. Liberal! liberal! yikes!

I just love your captions - they give me quite the laugh. That is one cranky looking group of supreme court justices!!

Oh my goodness this post is hysterical!! I loved it!.. You my lady have an awesome sense of humor :)
Robyn

I always thought Michelle had a fringe (Irish speak for bangs) - had to google image her! I also thought Kelly was singing 'God Save the Queen' with different words which was a bit confusing.

" . . . fibs sprinkled liberally on top." You're freaking brilliant! You're a national treasure, and that's a fact. And a pun champion. Love it!