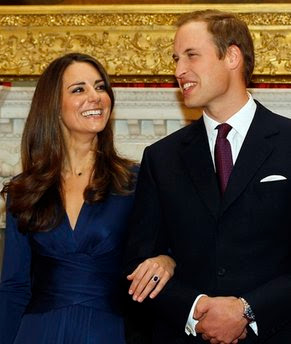 First a disclaimer.  I am speaking from a position of bitterness because my July wedding in 1981 was totally eclipsed by the world wide frenzy over the la-di-da royal wedding of Prince Dubya's parents, Charles and Diana.  I got absolutely no press coverage, even when... 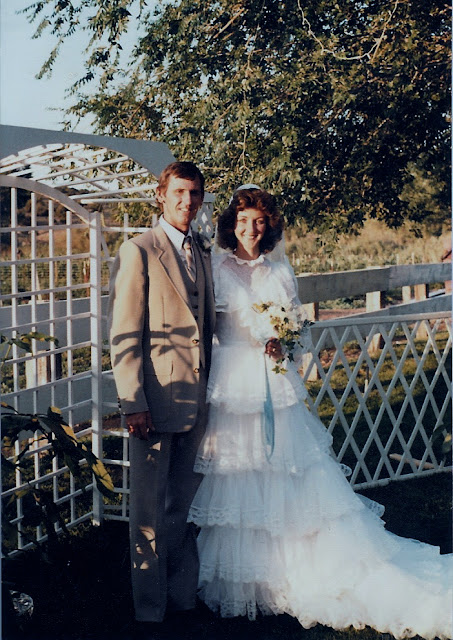 I shouldn't hold grudges because my marriage lasted and Charles and Diana's did not.  So, to demonstrate my equanimity, I am going to offer some *free American advice to Miss Kate Middleton.

* worth even less if converted into £'s 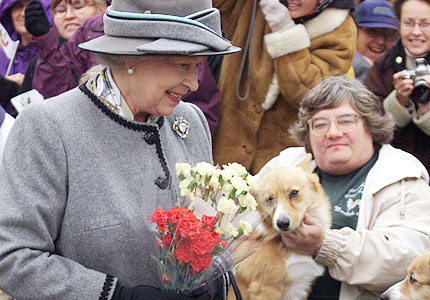 image found here
1.  Miss M., put your daintily clad foot down...hard, when your new Grand-Mum-in-law asks you to babysit her fat Corgis while she goes to Harrods to try on hats.  If you don't speak up now you'll be Corgified for the rest of your married life. 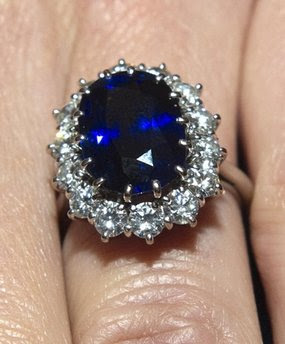 image found here
2.  Sure, that engagement ring is a pretty impressive rock - but if you let Prince Dubya get away with giving you used jewelry there will be no end to it.  You are going to end up with  rusty old crowns and useless gem encrusted sword hilts for every anniversary and it won't cost your cheap husband a farthing.  And think a minute missy, just what are you going to say when your friends ask "Did he go to Jared?" 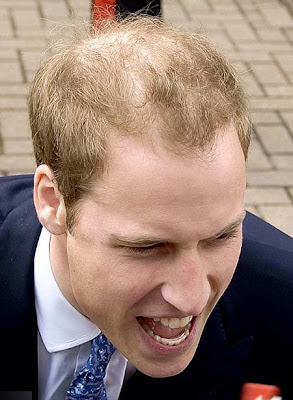 image found here
3.  Katie dear, your first delicate diplomatic challenge is going to be convincing your, cough cough,  "scarce-haired" boy to give up the pretense and join the ranks of the shiny noggined.  Find a kind way to tell Prince Dubya that his plan to wear a crown 24/7 is not going to fool anyone. image found here
4.  When brother-in-law Harry turns up with Diddy and Kanye and wants to crash on your sofa and watch soccer while you "whip up a little chow for the blokes", tell him that he can go root through the royal treasury for his own engagement ring and see if he can talk some bird into marrying him and no, he cannot borrow your polo pony again this weekend. 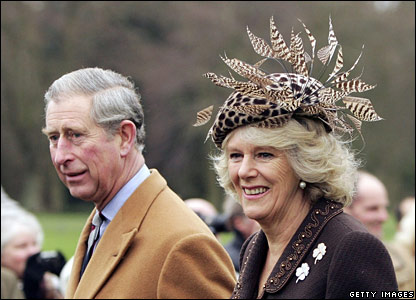 image found here
When Mum-in-law Camilla insists that you borrow her endangered species hat "so the leopard and spotted owls will not have died in vain", tell her to give it to Queen Elizabeth's corgis to gnaw on next time she has to doggysit at Buckingham Palace.

Good luck Miss M., you're going to need it.

I must agree, the whole used jewelry trend must stop,.....right at my front door!

LOL That is too funny! And all true too! I do love your wedding dress though and with all those ruffles, it would be right back in style! OK, I am adding your blog to my blog list too! ;D

You can still be proud that your wedding gown have 4 more tiers than Lady Di's. By the way, we tipped the "Bike Bucket" last night. Woot Woot!

All good advice. Let's hope she heeds it.

Are you ready for the endless magazine covers, over-the-top reporting and gushing wedding play-by-play? I can't help but think 'here we go again.'

Wait, he DIDN'T go to Jared? How embarrassing.

And yes, Prince W, shave it!

I had no idea the royal prince was becoming royally bald.

Oh my gosh, this is too funny. I'm forwarding it to my mom who stayed up all night so she could watch Diana's wedding at 4 am.

Um...when did Harry get so sexy?

I didn't know that the prince was losing his hair either, but no matter. I'm over the media gushing over them but really - they are a beautiful couple. They seem like they know what they're doing.

I do love your wedding picture!

Sweeeeeet dress, Larainy. I love it!

I think Dub should get a toupee. Or hair implants. Harry is starting to surpass him in handsomeness.

If Kate's a smart girl she'll heed your well-stated advice...presuming she can stop laughing at the wonderful delivery. Another great one, Laraine. How do you sleep at night with all these twisted treats blooming in your mind waiting to grace your blog? However you manage it, please keep it up. You're a bright light!